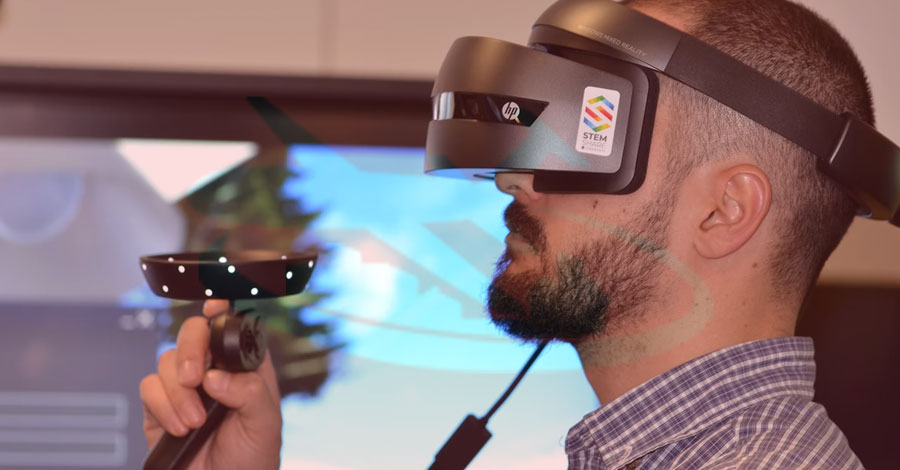 Flight simulators have been used for pilot training for many years now. The latest addition is virtual reality (VR) technology. This gives more powerful and better quality visuals. The pilots get a real-life feeling when training for becoming pilots.

Using VR technology, the students can immerse in a cockpit using VR headset. The biometrics will monitor the pupil measurement and heart rate. This will give the flight instructors an accurate reading about how immersed the students were during the training.

In VR flying, you can change up one cockpit for another within seconds. So, a student can go from flying an F-22 trainer to a T-6 one. The flight is captured and uploaded in the VR simulator which allows the students to analyse a flight later on.

Hundreds of companies are now making VR-related products like Google, Microsoft, Amazon, Apple, and others. Using the VR technology in pilot training, the students can feel vibrations and other sensations that a pilot experiences in actual flights. So, they get a more realistic environment to practice their flying skills.

In every major aviation trade show, you will now see VR headsets. These products are improving and providing a better simulation experience for the pilots.

People who used to be afraid of flying or getting trained for being a pilot are now getting interested in becoming a pilot because of the easy and comfortable pilot training using VR technology. This technology is the future of pilot training.